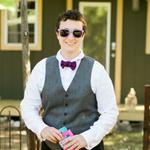 Updated 2 months ago by Betsy Rogers

LinearB's delivery API enables enterprise customers to customize their deploy-time measurement to detect code deployments via an API call. This can also be customized to account for additional pre-deploy stages such as staging, pre-production, or QA. Additional stages added will be broken out in Metrics reports in LinearB.

This API is available to enterprise LinearB customers.

If you would like to listen for just your code deploys, API tokens can be generated following these instructions: How to Generate a Release API Token. Once generated, use the documentation linked below to build your API calls.

Please contact your account manager or support@linearb.io in order to implement this feature. The process is listed below:

What is marked as deployed when an API call is sent LinearB?

When a CD system sends a call to LinearB, all branches set as "merged" in the repo from which the call is sent are now set to "released".